Nothing spells Caribbean more than the sound of steel pan music. In Aruba the sound is synonymous with James Edgar Connor, who founded the Invaders Steel Orchestra in the late ‘50s.

Born in Aruba in 1939, Connor earned his knowledge of steel pan music from the Trinidadian workers at Aruba’s oil refinery in San Nicolas in the ’50s. In an early photograph, Connor is seen as a skinny kid, age 11, playing in a band, already smitten with the sound and the rhythm. He later became a passionate musician and craftsman and an equally memorable showman, appearing with his orchestra in all island hotels, for Carnival Night, and actively participating in the island’s musical scene.

His sons, Nico and Lee, followed in their father’s footsteps, joined by another brother Eugene Jones. The first two, Nico and Lee, are famous on the island for their sweet pan music, recorded on multiple CDs. Lee is also well known for fathering a set of most adorable twins, who were the island’s poster children for more that a decade and are today very accomplished musicians.

I heard the third generation, Quincy and Wesley, play for the first time at Paseo Herencia on Saturday night. Their sound is intense—they create a musical storm, a force of nature, and produce high-energy, compelling, and exciting tunes. 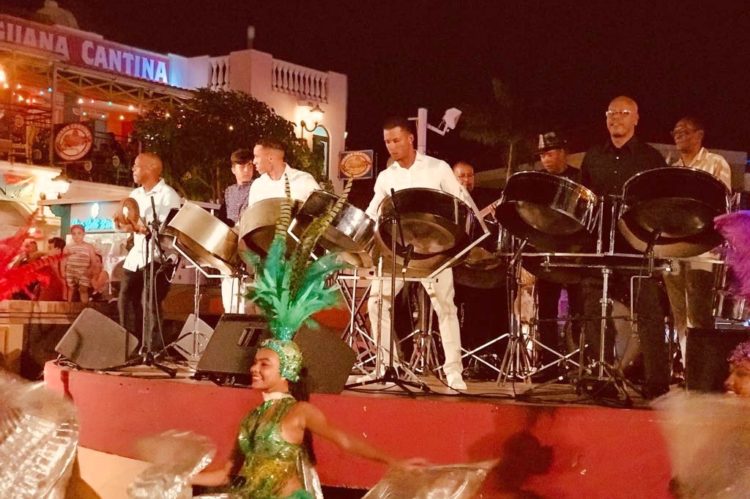 Quincy and Wesley (in the middle in white), the third generation.

Edgar Connor’s tribute concert on Saturday night started with the appearance of North Star Steel, the gold standard of all contemporary steel bands, nurtured by Freddie Tromp. The way Freddie tells it, he played steel pans from 1964 to the ‘80s. Then life took him away from his passion, his music. He returned in 1996 with what he calls Bush Pans, and in honor of the millennium, went to Trinidad and contacted the best pan makers on the planet. He has been upgrading his arsenal since then.

North Star Steel is a favorite on the island during Carnival, and for over 20 years, they’ve been the crowd favorite during parades. They open the Grand Parades each year, and the crowd goes crazy, taking pictures and cheering on the group of two dozen “panhandlers,” expertly playing favorite tunes on instruments carefully hammered from 55-gallon oil drums.

The gathering on Saturday night awarded Freddie a commemorative plaque for his great contribution to music on Aruba.

As Lee was addressing the packed Edgar Connor Amphitheater, he said it was the family’s duty to protect its musical heritage. The Connors all share a responsibility to keep pan music alive. 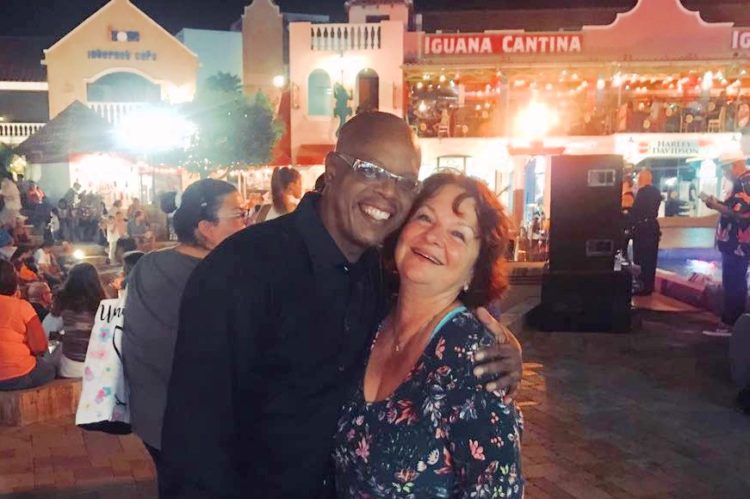 Nico Connor and me.

After a stellar performance by North Star Steel and the honoring of Freddie Tromp and emcee Ruben Garcia, Marver Guedez, 15, and Eltienne Yarzagaray took over the stage, thrilling the crowd with a pop application of steel band music.

With Marver handling pans so expertly despite his young age, it seems that continuity is now guaranteed.

For the grand finale, the Invaders Orchestra—made up of five members of the Connor family—and North Star Steel jointly gave a thundering recital, accompanied by additional local legends Ivan Quandus and Angel Hazel, with two lead steel pans, the double second, the six bass, and the triple cello, in full gear. 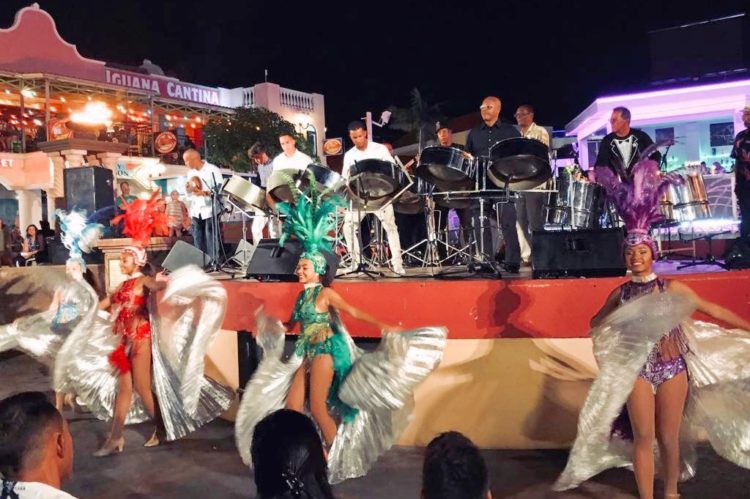 The grand finale: Invaders Orchestra and North Star Steel with the NLG dancers.

It was amazing to think that it all started with discarded oil drums and evolved to represent the special joy of life associated with the region, blessed with palm trees and sunshine.