Aruba Aloe is now Royal by Warrant and the first company with a designation “Royal” in the Caribbean region of the Dutch Kingdom.   On Thursday April 22nd, 2021, the Governor of Aruba, his Excellency Mr. Alfonso Boekhoudt, handed over the designation Royal to Aruba Aloe after His Majesty King Willem-Alexander of the Dutch Kingdom granted the designation to Aruba Aloe Balm N.V. by Royal warrant. Going forward, Aruba Aloe can add Royal to their company name and add the Royal Crown to its company logo. It symbolizes His Majesty’s respect, appreciation, and trust towards the recipient. 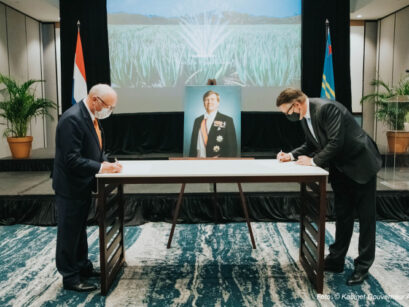 One of the conditions to be considered for this distinction is that the organization is of national significance and in existence for 100 years or more. In 1890, local entrepreneur Cornelis Eman founded Aruba Aloe to capitalize on the growing aloe industry. He chose a plot of dusty land in the area of Hato to cultivate the aloe plants. By 1920, Aruba became the world’s largest producer of aloe hard gum, with 2/3 of the island covered with aloe fields, earning Aruba the nickname “The Island of Aloes.”

Ultimately, the Eman family led the company for 110 years and transformed the company from a trading company into a personal care company where 100% pure and fresh Aloe Vera gel from the Aruban Aloe fields has always been the central product. In 2000, Louis A. Posner took over the business from the Eman family.  Since then, Mr. Posner has invested to position the company internationally and to achieve a much larger footprint locally. In 2014 Onno van Romondt Jr. jointed the company as the second shareholder and together they have further contributed to Aruba Aloe’s expansion.

Aruba Aloe now has 15 stores on the island and products from the factory in Aruba are sold in more than 55 countries and can now be found in more than 15,000 stores in the United States.  All products are manufactured in the Aruban production facility at Hato. Managing Director Remko van der Veldt shares, “This is a historic moment for Aruba Aloe and Aruba. It is a great honor being the first company in the Caribbean pregion of the Dutch Kingdom that is granted the designation ‘Royal’ by His Majesty King Willem-Alexander. We therefore express great thanks to the Governor of Aruba, as representative of His Majesty King Willem-Alexander, for this great honor. The company has experienced ups-and-downs over the past 130 years, but with passion, commitment and Aruban pride,  Aruba Aloe has always progressed to achieve a great future.”

With today’s Royal Designation, Aruba Aloe joins a list of royal companies, including Shell, KLM, KPN, and the Royal Schiphol Group. Louis A. Posner adds,“It is an honor to be among these large and well-known companies. With Aruba Aloe, we want to prove that an Aruban company can operate successfully in the global market. When I took over in 2000, I phrased it as ‘What Coca-Cola is to the United States and Heineken is to the Netherlands, that should become Aruba Aloe to Aruba.”

This historic moment will be celebrated in a grand manner. Van der Veldt explains, “Partly in view of the current Covid-19 situation and related measures that are still in force, we will celebrate this historic day in style with our customers and with Aruba at a later moment in the year.” 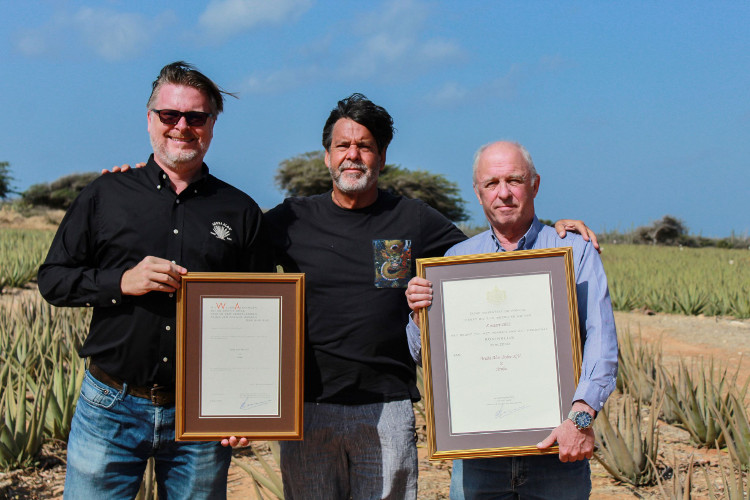 Van der Veldt states, “From today we are no longer Aruba Aloe, we are the Royal Aruba Aloe, a very proud Aruban company.”

Soak Up Some Culture & Soothing Aloe All in One Shot