Locals and visitors certainly have no shortage of beer to choose from in Aruba, with dozens of brands importing beer varieties to the island, including most of the world’s top-selling brands.  The competition is fierce, especially when you’re a local brewery, but there’s cause to celebrate: Chill beer, brewed at Aruba’s national brewery, Balashi Brewery, is officially the island’s top-selling beer.

The International Wine and Spirits Report for 2021 was recently published, with Chill, Aruba’s crisp and refreshing beach beer, topping the list of beers sold island wide.  Adding to this success is the brewery’s original and signature brew, Balashi, garnering the third most in sales.  The new kid on the block, Magic Mango—a fruit-driven specialty beer, accounted two additional market share points for the brewery.

The overall increase in demand for Balashi Brewery beer brands —including the addition of Magic Orange to the Magic portfolio launched earlier this year—has prompted an investment in brewing infrastructure, expanding capacity by 35% by year’s end. Overall, Balashi Brewery now produces some 52% of beer consumed on the island (that’s more than one out of every two beers consumed on the island)—an impressive achievement that Aruba can be proud of! 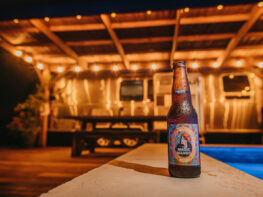 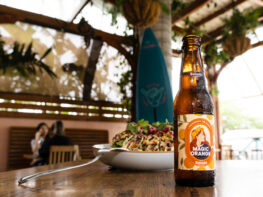 Balashi’s Recycle & Win Campaign is a win-win for Aruba!